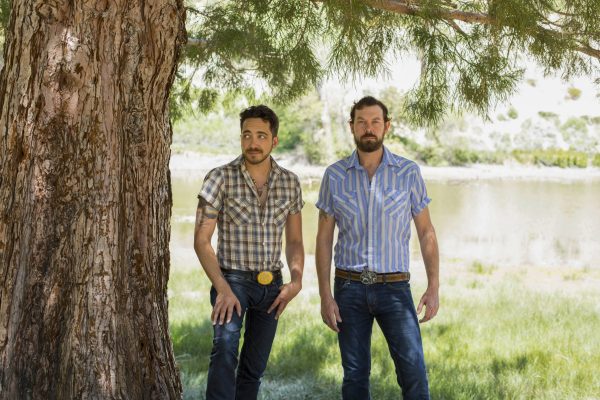 Mike Bray and John Konesky surely take their music seriously, but kindly with the wink of an eye. From classic uptempo barn burnin,’ truck drivin’ songs, as well as “tear in your beer” ballads, they leave no stone unturned. Wynchester has been surprising critics with their modern approach to classic songwriting; songs that tell tales, songs of heartbreak, and even some comedic numbers that will surely bring you back for another listen. It’s a memorable mixed bag of good times, time and time again.

At their live shows, Wynchester surely stands out amongst its peers. A sharp dressed high energy act that will keep your boots tappin’ till closing time. Influenced by Southern greats like Lynyrd Skynyrd, Allman Brothers Band, and Charlie Daniels, as well as
songwriters such as Jimmy Web, Willie Nelson, Marty Robbins, and John Prine; while tapping into the sense of humor inherent in acts such as Dr. Hook, Jerry Reed, Brad Paisley and even R. Kelly. As always, they plan to tour and make music as long as people care to listen, then again they’d probably do that regardless!