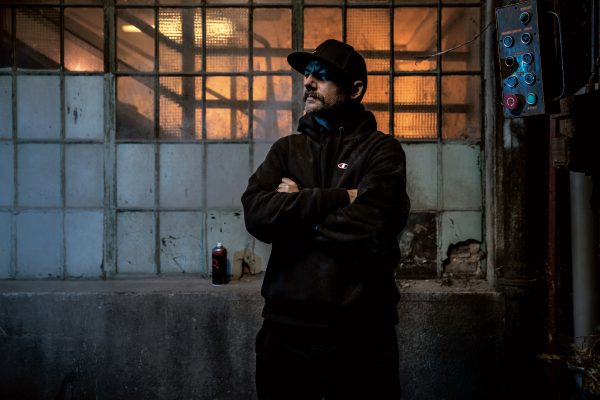 David Strauzz (b.1976) is a mixed media artist who currently resides in Prague, Czech Republic and is a resident artist at Pragovka Art District.
Born to Czech immigrant parents in London, Ontario, Canada, Strauzz studied at OCAD University in Toronto before relocating to Boston, Massachusetts becoming a resident artist at Braintree Street Studios in Allston. Following several solo and group exhibitions in Massachusetts and New York City, David was inspired to migrate back to the Czech Republic in 2015, coming full circle seeking to reconnect with his cultural heritage providing clues to his own self identity. He has started to exhibit throughout Europe including Berlin while developing his oevre focusing on “Places and Faces”.

ABOUT EXHIBITION:
Odysseus, the hero of Homer’s Odyssey, spends 20 years traveling home from the Trojan War. He has astonishing adventures and learns a great deal about himself and the world; he even descends to the underworld to talk to the dead. Thus, an odyssey is any long, complicated journey, often a quest for a goal, and may be a spiritual or psychological journey as well as an actual voyage.