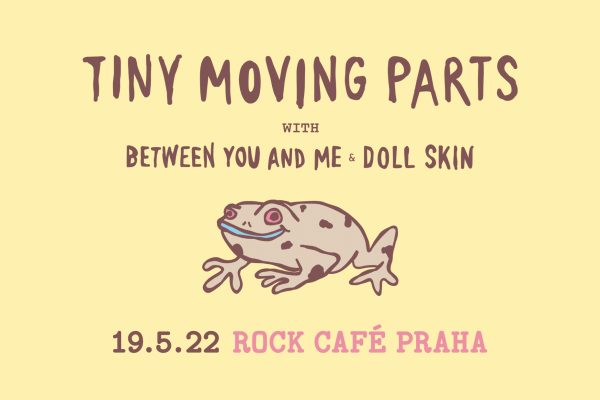 There were not that many good news in the music industry in past months, but we have one for you now – Tiny Moving Parts will come to Prague for the very first time! Write down the date 19th May 2022!

Tiny Moving Parts is an American rock band from Benson, Minnesota. Formed by brothers William and Matthew Chevalier and cousin Dylan Mattheisen, the band has released seven studio albums since their 2008 formation in junior high. They signed to Hopeless Records in 2019 for their most recent album, breathe.