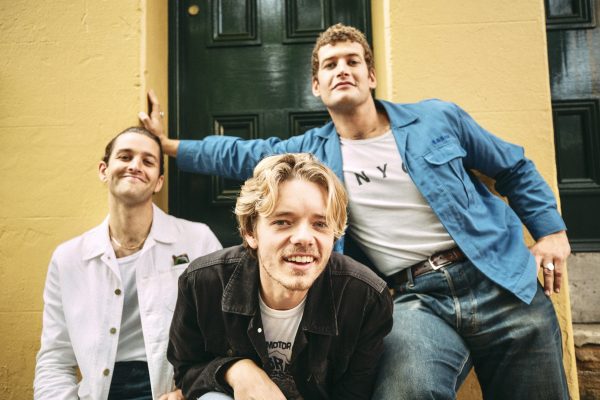 presale via selection.cz and GoOut

Sons of The East are moving their European tour to autumn 2022, which will also affect their Prague show. The show that was scheduled to take place on February 25, 2022, at Rock Café has been moved to September 23, 2022.

Sons of The East said to their fans: “Given the current Covid situation in Europe, we have made the difficult decision to postpone our UK and European 2022 Tour until September next year. We can’t tell you how disappointed we are to have to do this, as we were so looking forward to getting back on stage for you all, but we will be back before you know it! For those who have already bought tickets, we hope you can hang onto them until September. Thank you so much!”

The Australian indie folk group Sons Of The East will perform as part of their European tour at the Rock Café in Prague on February 25, 2022. Their modern approach to a rather traditional style of folk music is characteristic for the band. The unique acoustic-electronic sound of the Australian trio has literally become a brand.
The band from Northern Beaches in Sydney consists of Dan Wallage, Nic Johnston and Jack Rollins. Their music has charisma, soul and spreads joy. Sam Jackson of The AU Review said of them: “Thank God for Sons Of The East… unshakeable calm and smooth tempos… harmonies woven tighter than DNA strands…”

The tracks of this Australian formation reached 150 million streams and more than 20 million views on YouTube. Songs like Into The Sun, My Repair and Come Away have become classics with more than 80 million streams. And the popularity of these Australians around the world is still growing.
After sellout tours through Europe and Australia, 2020 saw Sons Of The East release You Might Think, the first single from their forthcoming debut album and early 2021 a second one called On My Way. This year in June, the band will present their third single called FOOL Me, and finally tour again in Australia. In 2022, a tour in Europe and North America will follow.

The trio will perform in Prague for the third time. Last time, in November 2019, they supported their compatriot Jeremy Loops in the Great Hall of Lucerna, to the stormy applause of enthusiastic visitors.