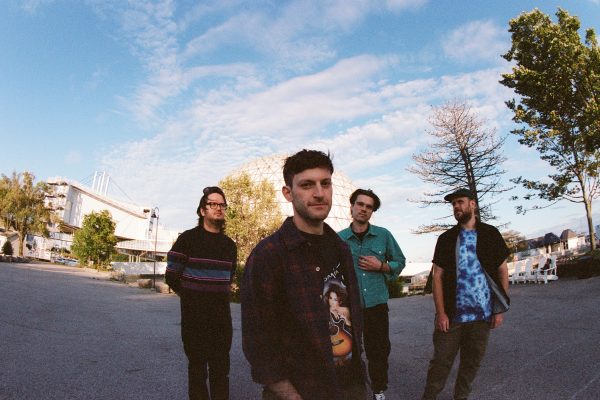 At the last show in Prague in 2019, PUP completely controlled the Café v Lese. It was clear that the return of this Canadian band to the Czech Republic would be big. And it’ll be so!
On October 30, 2022, PUP will bring their new record to Prague’s Rock Café, the fourth in a row, entitled “The Unraveling of PUPTheBand”. Album will be released on April 1, 2022.
Tickets on sale from Friday, March 4, 11:00 via GoOut.net.

PUP about making their fourth album:
The mansion, for its part, is very real – it is a sprawling residence-slash-studio in Connecticut’s most dispiriting mid-sized city where the producer Peter Katis has helped acts like The National and Interpol and Frightened Rabbit and Kurt Vile make records. There are also gold records on the walls and warrens of strange new rooms that the band members discovered seemingly daily. The roof leaks when it rains, and the bats reclaim the attic after dark. PUP singer Stefan Babcock recorded all his vocals in the living room, at night. “The other guys were just trying to live their live,” he said. and Nestor and I would be down there screaming into microphones while they were watching TV in the next room.” Babcock, remembered Katis telling him that the bats “go away” during the daytime hours., “I was like, no they’re sleeping,” Babcock said “They don’t go anywhere, theres nowhere for them to go.”