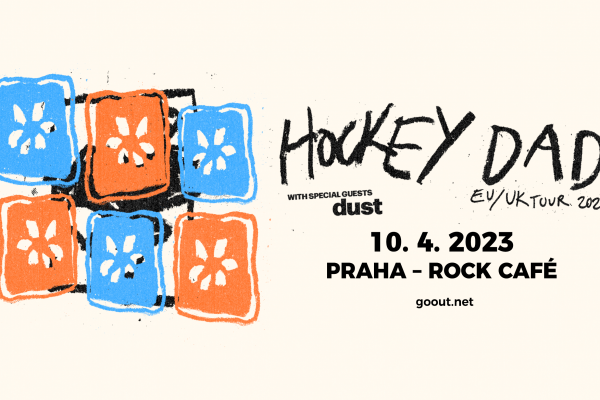 Next year the band will celebrate ten years on the music scene, so the Prague concert will certainly be no exception to the celebrations. Unfortunately, the last visit to Prague didn’t work out, now we’ll enjoy the party to the fullest!

Best friends since childhood and musical colleagues since 2013. Surf-rock duo Hockey Dad consists of Billy Fleming on drums and Zach Stephenson on guitar.
Releasing their first EP Dreamin’ in 2014, positive reviews came with their debut album Boronia, Hockey Dad sold out an Australian tour and built a fan base in the UK, Europe, USA, and Canada. In early 2018, they released the sophisticated Blend Inn, and two years later, their follow-up album Brain Candy saw the light of the music world.