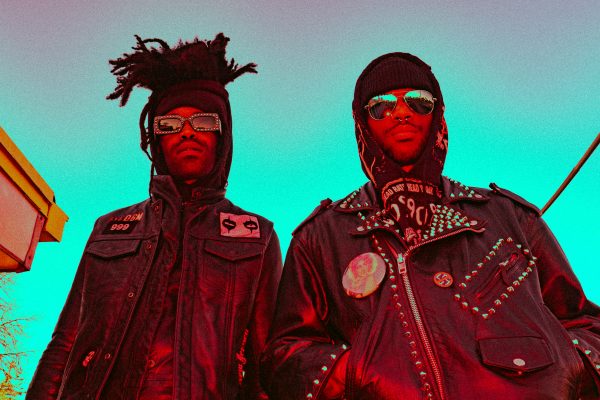 Wild couple Ho99o9 returns to the Czech Republic. Incorrect, brilliant lyrics, distinctive hip hop concept mixing trash punk, horrorcore and hardcore punk with a lot of darkness. In 2014, they were ranked among dozens of bands you need to know by Rolling Stone magazine. Experimental concepts of hip hop, lyrics about drugs, sex and necrophilia are not exactly for the weaker characters, as are their concerts.

But it would be a mistake to miss Ho99o9 (read Horror). Their quality is confirmed by performances at prestigious festivals such as Primavera Sound or SXSW. Trinity Eaddy, the OMG and Brandon Pertzborn released a new EP Cyber Warfare this August. The fact that people won‘t stop talking about them in superlatives is also confirmed by their place on this year’s list of “21 of the hottest bands of Kerrang magazine“!