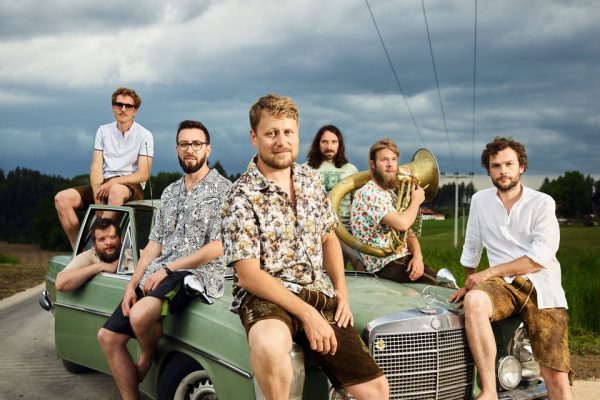 LaBrassBanda is more than the typical North American stereotype of traditional German sounds often heard at beer festivals around the world. The band’s style is a wild mix of modern Bavarian folk music, ska, punk, techno, reggae and, of course, brass. Thanks to the diverse sound ingredients, the outcome is as colourful as a well-shaked cocktail – fast, energetic, and hard to understand for everyone who did not grow up in Germany’s southern state called Bavaria. This, however, does not detract LaBrassBanda’s success.

In 2017, the band celebrated their ten-year anniversary not only by publishing a new album called “Around the World”, but by actually making a 6-week tour around the world, impressing new fans on five continents. This hasn’t been their first trip beyond Bavarian borders. The musicians gave concerts in the United States, Zimbabwe, several European countries and even in Siberia. They definitely love to mingle and party with different cultures from all over the globe, which probably helps them create their unique sound.

And it is the best time to bring them also to Prague – write down the date 20th October 2023!