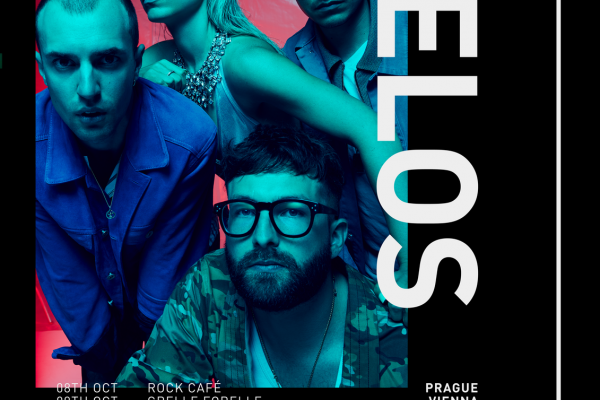 HÆLOS, a British band from London, will play in Prague for the first time! Their first single, “Dust” was released in 2014, and the group followed in 2015 with the singles “Pray” and “Earth Not Above”.After signing to Matador Records in 2015, they released the Earth Not Above EP, which was followed in early 2016 with a full-length entitled Full Circle. Full Circle reached #5 on the US Billboard electronic charts and #20 on the Heatseekers chart. Their music has been described as “dark euphoria”.

In January 2019, alongside the release of Kyoto, the band announced their second album, titled Any Random Kindness, would be released May 10th!