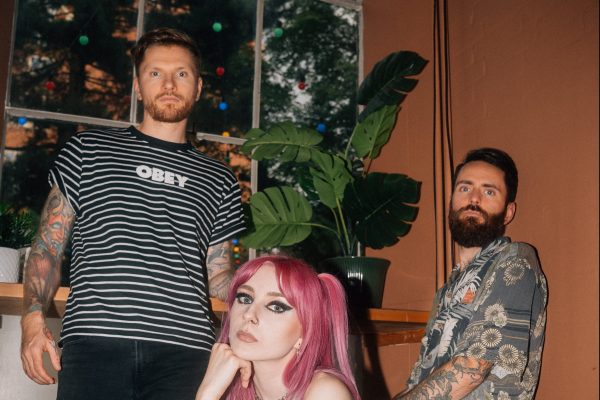 Future Palace will embark on their biggest tour to date, giving us plenty of opportunities to hear their second album “Run” live.

The Berlin-based post-hardcore trio started their career under an unusual circumstances. At a time when the entire concert culture had toned down due to the pandemic, as a studio band Future Palace celebrated an almost meteoric rise. Since then, the band has managed to release a second album and plan a tour for 2023. The band will also headline outside of Germany for the first time. The band appears at the events such as the Impericon festivals in Germany, Austria and Switzerland alongside industry heavyweights The Ghost Inside and Bury Tomorrow.

It fits perfectly with this year’s successes. The band has shared the stage on tour with Battle Beast and Annisokay among others, as well as performing at well-known festivals like Full Force and Sweden’s High 5ive Summerfest.
The announcement of the new tour dates was the great finish of 2022. The cathartic effect of a haunting album like “Run” makes Future Palace shows an unforgettable experience and all the more upholds their status as one of the most important scene bands in international post-hardcore. So don’t miss them!