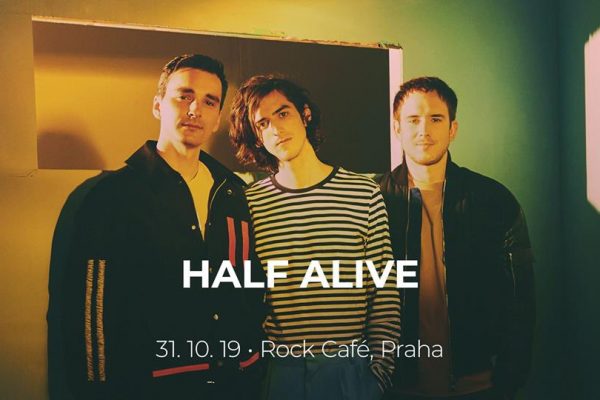 presale via fource.cz, GoOut a Ticketmaster

The music of Half Alive breathes, evolves, grows, and changes alongside the lives of the Long Beach trio. Encompassing R&B, funk, pop, rock, soul, and more under a glow of disco ball bliss, the experience iterates in a fresh form every time. Half Alive officially came to life on the 2017 3 EP. Over the course of the next year, they crafted what became the 2018 breakout Still Feel. The video organically surpassed the 15 million, the song garnered acclaim from NPR’s coveted All Songs Considered and more. Still Feel took off, and the band’s profile burgeoned as they inked a deal with RCA Records to help grow their vision. Launching 2019 with a bang, the trio sold out their formal debut headline tour and plotted more music for release soon.