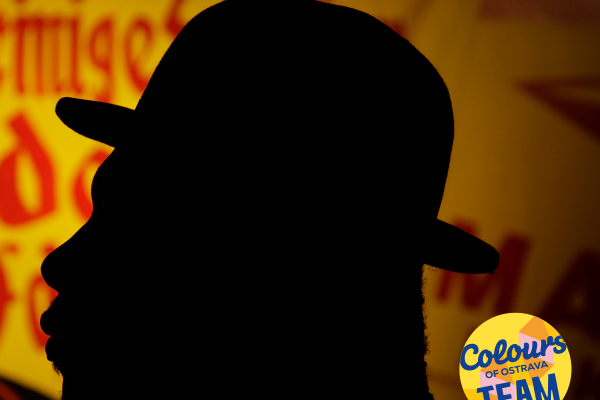 Chaplin’s bowler hat on top of thick dreadlocks, that’s his distinguishing mark. The stylish Senegalese musician does incredible magic with his voice, he sings, raps, beatboxes, uses his body as a percussion set, dances and involves the audience in his concerts to create the best chorus. Faada Freddy charmed the audience of Colours of Ostrava festival in 2017, and in 2023, he is bringing his brand new album to Prague.

You might remember him as a member of Daara J, the best African band of 2004 according to the prestigious BBC Awards for World Music. Their breakthrough album Boomerang is widely regarded as one of the African hip hop records of the century. Faada Freddy (the stage name of Abdou Fatcha Seck) creates a colourful mixture of gospel, soul, jazz, reggae, pop and hip hop, harmonized with the loving positivism of Bob Marley. “We’re all human,” he reminds audiences of all ethnicities and skin colors.

On his debut and multi-award-winning album Gospel Journey in 2015, together with an elite French vocal group, he reminded us that music can be accessible to everyone – all you need is a voice and a body. And now, this irresistible performer is back with the expected new album.